From Vermintide 2 Wiki
< Engines of War
Jump to: navigation, search

The goal is to blow up all Doomwheels at the same time. First order of business is to clear the whole area of extra Skaven, as additional to the spawning Infantry waves and Plague Monks, there are also Infantry and Stormvermin guarding the wheels. While doing this, take the kegs up to each Wheel and drop them next to it for later use. Once these preparations are complete, split up and make your way to the Wheels. It is best to do this immediately after killing some Specials, as it will take some time for them to respawn. As there are three wheels and four players, it is advised to group up the two players with the least crowd control and survivability.

When all players are in place, count down and place the barrels. Let the player without keg count down in chat or use voice communication. Make sure to call out as soon as something goes wrong, so other players don't accidentally place the kegs too soon.

Legend: Blow up all three Doom Wheels within 5 seconds of each other on Engines Of War

Similar tactics then for the regular challenge apply. Additionally, it is paramount every member of the group knows how to deal with and can generally hold his own versus normal Infantry. Any career should be able to handle this challenge, but players might want to consider bringing stealth careers like Huntsman or Handmaiden/Shade for the players going solo.

Perform a Bretonnian Dance in the Mother Black on Engines of War.

Play through the level normally, until you reach the final event area, The Mother Black. Do not ring the bell to signal the ship. Instead, clear out the area of enemies, then enter the inn. You may have to turn up your game volume for this. On the ground floor, at the rear left of the inn (looking toward the river), there is a corner where you can hear a rhythmic creaking noise. Standing in the corner, jump in time with the creaks, for about a minute. Gradually, you will start to hear a drum beat, then faint music, which grows louder as you continue. Keep it up until the music stops to complete the challenge. The timing does not change at any point, so setting a keypress macro at a regular interval (around 1,800ms-2.000ms) will work if you are playing on PC. Alternativly, you can use any kind of timer, set it on on the first jump and jump every 2 seconds.

Take the Dragonbane Gem from the thief's stash on Engines of War Before entering the Forester's Cave, take a right to a path that leads into a small cavern. 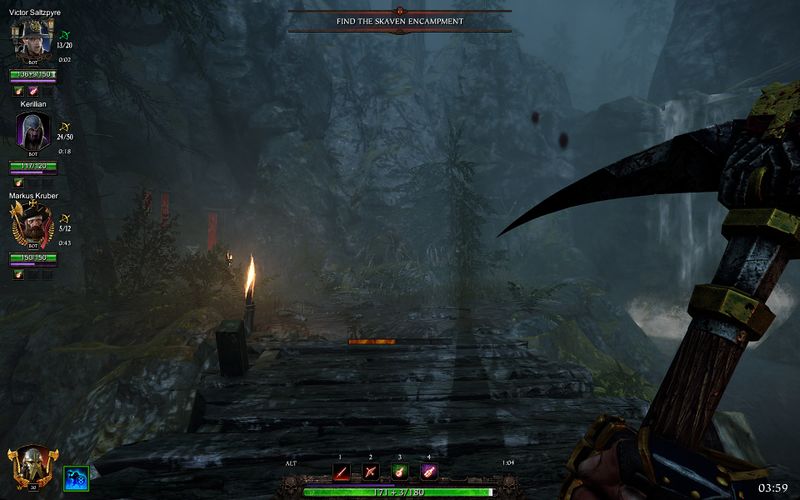 Jump up onto the pile of bricks at the left side of the cavern, then on the big rock, and then onto a spear rack to your left. From there, jump across the path onto another spear rack. Walk through the vines into a small cave with a waterfall (vine entrance visible at right side of screenshot). 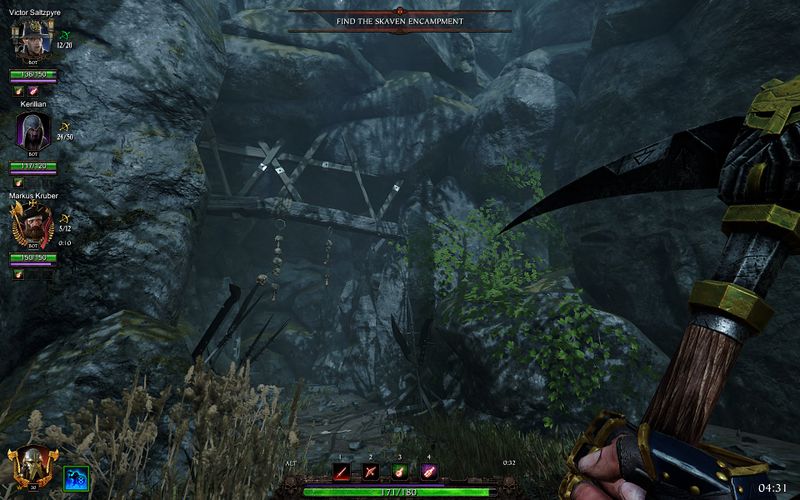 A treasure chest can be found here with the Dragonstone gem next to it. 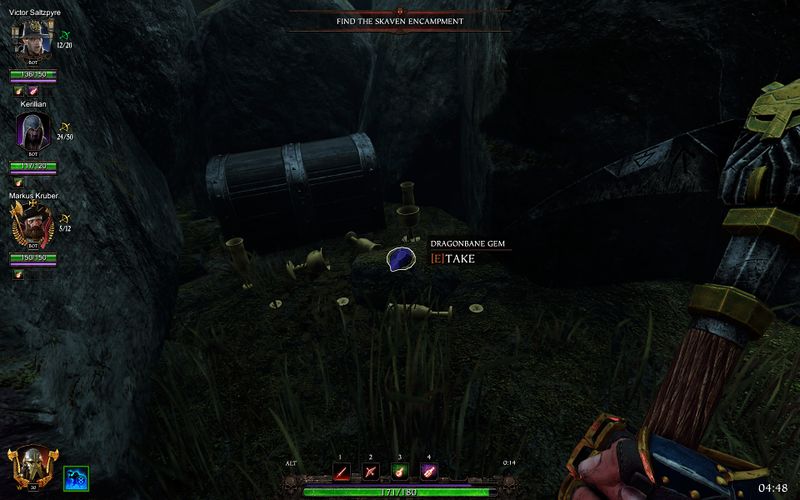